How many people know that April Fools Day once was the New Years? Years ago people celebrated the beginning of Spring as also the birth of a new year. We became become foolish when we lost the old calendar and we made jokes because of it.

There is no greater teacher than loss. Do we throw out the Joker when we play cards? Can we create a wilder game? Loss comes from death, disability, adversity and other forms of grief. Tragedy may be a better teacher than comedy. We lick our wounds and try not to make the same mistakes again. Loss can haunt us and keep us up at night. It may get us to think about things like death. It can allow us the opportunity to re-examine the word “loser” so in order to count our blessings.

As I coach a girls tennis team, I am learning much a lot about loss. My team is ill prepared to compete with schools that regularly play lots more tennis. Such heartbreak comes from much defeat. Life constantly teaches us that when things do not go our way we have a choice. We can re-frame our attitude so to find some type of victory in defeat. Acceptance and changing our perspective reduces our suffering. What we give to the world in turn may return back to aid us. If we alter our causal relationships then we can change the outcome. Cause and effect awareness can transmute our life process. We may not lose if we give our best. Ultimately creating an attitude that we are not victims rather grateful participants transforms our entire outlook.

For a good portion of my life I have attempted to find out how to re-gain when adversity happens and resources are wasted. Cultivating greater possibility and potential was what has allowed me to find a higher purpose.

Many decades ago I was pained by the tremendous waste I observed in the city where I grew up in, Washington D.C. As this town’s first recycling coordinator I witnessed horrific loss because the city would be rewarded by throwing good stuff away to get more $$$ in their next budget cycle. At the D.C. Energy Office I invented “Ray Cycle” to combat this insane loss of paper, oil and other valuable sources of resources. This prevalent “use it or lose it” budget incentive tragically undermines our way of being.

You see, Ray Cycle was created to go back around - returning things and being "insightful and mindful.” Instead of continuing our "out of sight; out and of mind” mentality. My plan was to entertain and promote the value of saving, conservation, and thrift—simple good housekeeping. What could be more conservative?

In 1987, on April Fool’s Day, I visited my Congresswoman dressed up in a court jester costume. As Ray Cycle, I stood on the Capitol steps and proclaimed, "You’re not dealing with a full deck when you throw out the joker out! Recycle Our Nation’s Capital."

I see the difference between a comedy and a tragedy as subtle, but significant. We can learn from comedy too, rather than having to learn from experiencing perpetuating a tragic fate.

Today I am a comic not a tragic person. Let’s transform our world by saving the full deck for future benefits. There are thousands of ways to show an “attitude of gratitude” and become a winner. Let’s prosper by treating ourselves and our home with the highest possible value. Saving fosters our highest possibility, potential, and purpose. Deal with a full deck and re-gain our beloved joker from being lost.

The AWE of Centering

Enjoy Being Above the Ground

Do We Agree On Masks?

The Truth Gives Us Freedom

Kiss the Earth, Care for Your World 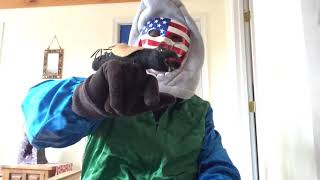 Health Care or Not???